One of the Macau's casino operators spies on its employees 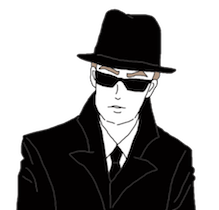 The Galaxy Entertainment Group  is accused of spying on their employees in social networks.

The media received insider information that the casino operator had made a deal with the YouFind company, which is works in digital marketing niche, to monitor the social networks of its employees.

According to the source, the company's policy towards employees changed in 2017 - after the Hato typhoon. Many casinos were not ready for the storm, and in social networks there were a lot of negative reviews about the operators. It is reported that in order to cope with the reaction and control the damage, GEG entered into a deal with YouFind.

In response to these reports, Galaxy Entertainment Group has officially stated that it has never resorted to the illegal use of data from social networks and will never appeal to such methods. Respond from GEG press service was as follows - YouFind is an outsourcing partner of the company in the field of social networks to assess and strengthen the company's presence in social networks and nothing else.