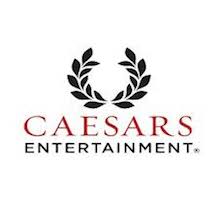 The founder of Quicken Loans Inc. Dan Gilbert plans to leave the casino market and sell gambling facilities in Cleveland, Cincinnati and Detroit. The possible buyer of some of the casinos is the Caesars Entertainment company.

The process of sale will be represented by Deutsche Bank and Credit Suisse. Caesars Entertainment, which previously announced the entrance to the US market, is interested in some sites. The information came from the closest associate of the tycoon. Representatives of both banks and Caesars didn't comment the rumor.

"The invariable policy of Jack Entertainment - do not comment on rumors and speculation," - the company's representatives said last Wednesday.

Gilbert is a billionaire who also owns the Cleveland Cavaliers basketball team. In 2009, he supported the initiative to legalize casinos in Ohio. Three years later, he opened his first institution in the historic building of the Higbee department store.

Jack Entertainment, the product of the top 20 innovative gaming technologies of 2017, is interested in six casinos and racetracks, including Jack Casino in Ohio and the Greektown casino in Detroit. These objects were bought by Gilbert in 2013 and today can be sold separately.