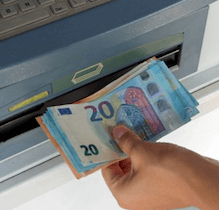 Two British operators of online gambling games agreed to remove restrictions on withdrawal of funds from the game account of customers. Regulators warn other sites about the need to adopt a similar policy or develop an alternative solution to this problem.

On August 29th, the British Committee for Competition and Markets announced that Jumpman Gaming and Progress Play agreed to abandon the rules that required some customers to withdraw their funds in stages over time. The companies also intend to stop withdrawing funds from the so-called "sleeping account".

In March, representatives of the CMA began to combat the illegal actions of gambling operators, which create obstacles for customers in terms of withdrawing funds from their gaming accounts. These difficulties were in the daily, weekly or monthly limits on the withdrawal of funds, as well as in the short terms of the identification procedure.

The CMA said that the Progress Play operator agreed to abandon the terms assigned to the identification check. CMA reported that operators cannot confiscate someone's money simply because they do not provide information for a certain period of time.

George County, Senior Director of Consumer Rights Protection at CMA, said that both operators were the first to introduce new rules.

"But we expect that other companies-representatives of the gambling sector will follow this example."

The UK Gambling Commission (UKGC) issued a companion statement stating that its online licensees must adhere to this policy. UKGC Executive Director Paul Hope said that the regulator's goal is a commitment to raising standards for users in the gaming sector, and today's announcement will improve customer service.

Over the past year, CMA and UKGC have tightened control over the gambling sector. In particular, new rules for advertising were introduced, as well as measures to combat money laundering. Until October 31, UKGC promised to impose significantly higher financial penalties on operators who do not comply with the new standards.

In March of this year, gambling operators have already received written warnings from UKGC and CMA about the need to eliminate obstacles for players to withdraw money.

Suggested Reading - The profit of Melco International increased by 154.1%