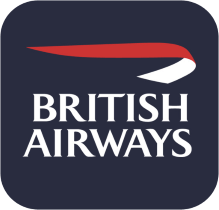 Members of the British Parliament filed a complaint with regulators accusing the airline of idealizing gambling.

British Airways, the largest carrier in the UK, was accused of gambling. The latest television ad campaign of BA shows a couple who easily wins money on slot machines. Complaints were sent to the British advertising regulator.

The plot of the British Airways Holidays advertisement was that after swimming in the pool, the couple returned to their room through the casino hall.

“We have some coins left, so we threw them into the slot machine ... and won a few dollars. We’ve used them on the same machine too, because we were sure that we would win $493.”- They said.

Former leader of the conservative party, Ian Duncan Smith, stated that he was simply stunned by this content. Other members of parliament also noted that this issue requires an immediate solution.

The advertisement went on the air only a couple of weeks after the gambling companies agreed to the severe restrictions of the television advertising of their products and services.

A spokesman for the UK Advertising Standards Authority (ASA) confirmed that the agency received several complaints about the aforementioned advertising.

“370,000 people in the UK suffer from gambling addiction. Gambling companies are obliged to recognize their responsibility in order to be sure that people are aware of all possible risks associated with gambling,” - said Mark Etches, executive director of GambleAware.

In addition to members of parliament and other officials, a wave of indignation against British Airways also came from social networks.

However, the press service of the airline said that their advertising had previously received approval from Clearcast, so that it fully complies with the requirements necessary for broadcast on television.