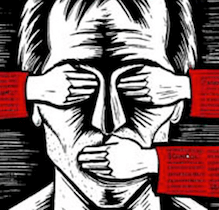 The Belgian government has decided to tighten the rules for television advertising of gambling. It will be unavailable for online casino operators.

Legislative changes in gambling advertising are discussed all over the world. Belgium also intends to tighten its policies. After a year of discussions in the country's parliament, the government announced that it intends to adopt several directives, which will include a ban on advertising of online casinos.

The discussion began in October 2017, when Belgian Minister of Justice Ken Hyans received interparty support to advance the mandate. However, only a few days ago, the authorities announced that they were planning to adopt several directives, including a ban on advertising.

Thus, online casino operators can advertise their services only on government approved sites and with some restrictions. Sports betting will be prohibited from advertising on television until eight in the evening. Gambling advertisement will be banned during live sports. In a similar promo video content celebrities and sportsmen will not be able to act any more.