Bans on gambling ads and increasing of tax rate in Australia 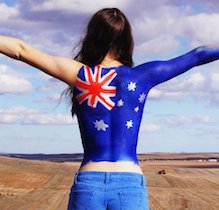 The Australian Communications and Media Authority (ACMA) is currently advising the government on new rules restricting gambling advertising during the broadcast of live sports events.

According to the chairman of ACMA, Nerida O'Loughlin, until now the rules that limit the advertising of gambling have only extended to broadcasting services (radio).

"The proposed rules will unite the traditional and new media platforms in the "safe zone" with a special emphasis on when children are part of the audience. They will let viewers, including parents, understand when gambling advertising is banned, and also popularize other important restrictions in the online environment, " - O'Loughlin commented.

Following the tightening of the rules for gambling advertising, Australia has prepared a new surprise for local gambling operators.

The Board of the Australian Capital Territory (ACT) introduced a new consumer tax for gambling operators at a rate of 15%. It will be applicable to net income generated by companies through bets placed on ACT, as well as bets made by residents.

Not long ago, South Australia has established a similar tax on horse racing, sports and unsportsmanlike events. It is reported that Queensland and Western Australia should also impose a tax rate of 15%, while Victoria announced plans to impose a tax of 8%.

According to media reports, ACT expects to attract about € 1.3 million / $ 1.5 million in additional funds due to the new tax rate each year.