Attendance of Macau in May affected the level of GGR 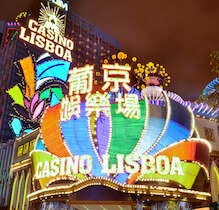 According to Morgan Stanley Asia Ltd, the number of tourists who visited Macao in May increased, but the level of gross gaming profit (GGR) in Macau fell more than 2 times compared with April.

According to information provided on Friday by the City Statistics and Census Service, the total number of visitors to Macau in May was over 2.7 million, which is 5.2% more than in previous year, and the number of tourists from the mainland of China increased by 9,3%. Both these indicators show an improvement in terms of the total influx of tourists compared to May 2017, which was 3.7%.

However, as reported in Morgan Stanley, attendance in May of 2018 fell down a lot. The company noted that the main reason for the reduction of GGR from 27.6 to 12.1% was "a decrease in the level of profit from the VIP sector" in the city's casinos.

Other investment analysts noted that there should be a direct relationship between the number of tourists coming to Macau and their spending on gambling in the casino. And all because of the fact that during the study it was found out that high-stake games for a relatively small number of visitors are still an important component of the market.

Morgan Stanley suggested that a weaker annual increase in mass profit in May, as evidenced by Bloomberg's data, could be a result of such factors as a lower number of days off in the month compared to the same period of the previous year.

Suggested Reading - GGR of Macau will increase in June