Atlantic City casinos reported an increase in profits in January 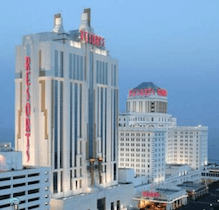 According to the New Jersey Gambling Regulatory Department, nine Atlantic City casino operators reported that gaming profits from land-based facilities in January were $177.3 million, an increase of 9.2% compared with the January figures of 2018.

It is worth mentioning, that in January of the previous year there was a blizzard, as a result of which a coastal gambling center operations were limited. This incident significantly reduced the monthly figure. Nevertheless, the profit for January 2019 turned out to be almost $32 million lower than the results for December 2018.

In any case, the January revenues were entirely due to the success in the slot machine sector, where revenue increased by 15.1% to $126.1 million. At the same time, in the segment of board games it fell by 3.1% to $51 million. Here we should mention a record $33.6 million, which earned partners from the online gambling sector, as well as $18.8 million from sports betting. Thus, the total profit of the gambling sector for the month amounted to $229.6 million.

Even the new gambling facilities - Hard Rock Atlantic City and Ocean Resort Casino could not contribute to the development of the market. In January, Hard Rock profit was $15.6 million, which is almost a third less than the December figure. Ocean Resort Casino's revenue increased, but only slightly - by $750,000 to $12.65 million.

Ocean Resort recently reported a recession since its launch in June 2018 and a net loss of $22.7 million. The numbers were announced during a regulatory hearing at which Luxor Capital Group’s sale of Ocean Resort to New York hedge fund received preliminary approval.