Apps for skill games are in interest to investors 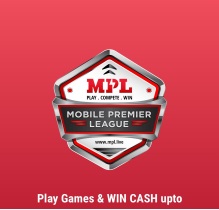 Indian company Galactus Funware Technology Pvt. Ltd. completed the first stage of financing the Mobile Premier League (MPL). One of the investors of the project is the venture company Sequoia Capital.

In total, investors have invested $5 million in the project of skill games. Galactus plans to use funds to expand MPL and improve the quality of operations. The value of the company before or after receiving the investment was not disclosed.

The MPL platform was founded by entrepreneurs Shubem Malhotra, Sai Srinivas and Kieran Garimella. It provides a mechanism for participating in various tournaments with different skill levels, such as monster truck, space breaker, sudoku, fruit chop and others.

Winners can withdraw their winnings immediately after the tournament via a bank transfer, Paytm payment application or UPI. As reported directly in the MPL, the project is the largest platform for mobile e-sports for real money in the world. To date, this app downloaded over a million times in Google Play.

Also, users can participate in tournaments using tokens. In the foreseeable future, due to the pace of development of the company, these rules are likely to be changed.

The two founders of MPL previously worked at Bharti SoftBank, a joint venture of Bharti Enterprises and SoftBank Corp. They are also the founders of Creo, which launches the streaming Teewe HDMI device (an alternative to Chromecast). Creo also received funding from Sequoia at launch in 2016 and was purchased by Hike Messenger in August last year. Hike is supported by Tencent, SoftBank, Bharti and Foxconn.

The eSports audience in India is still relatively small. According to estimates by consulting firm Frost and Sullivan, the audience is about 2 million players and about the same number of casual viewers. Despite the current figures, many experts believe that the industry will increase at least five times.