A gray zone for illegal gambling was formed in Pennsylvania 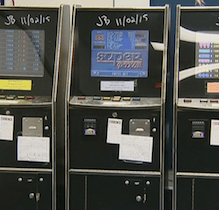 Unrecognized slot machines spread in all stores, at gas stations and on the main streets of Pennsylvania, despite the fact that gambling in the state is allowed only in special gaming zones and mini-casinos.

The machine works almost as the classic One Armed Bandit - you make a monetary contribution, get prize combinations and receive a win. However, this device is distinguished by the fact that there are additional "rounds" designed for a certain set of skills. Thats why, people called this "slot" - the Game Of Skills.

The gambling law passed in the state in 2017 contained an expanded definition of gambling machines and had several loopholes, in fact this led to the appearance of non-standard slot-machines.

However, a representative of the Pennsylvania regulatory body, Doug Harbaugh, said that no casinos had applied for such games. Probably conditional approval for operators, in addition to inaccuracies in the law, became a precedent in the court of 2014, when these gaming machines were not qualified as gambling and thus were exempt from tax.

The distributor of such machines in the US is Pace-O-Matic company. According to company's reports, none of the gaming machines raised questions from the police since the decision was made in December 2014. Moreover, despite the exemption from taxes on games, the company paid taxes to the state in amount of $ 2.3 million in 2017.

"We pay taxes for everything we do," said Jeff McGuinness, director of the company for compliance with government regulations. He stressed that the company encourages its landlords to control the age of the players, and also refuses to rent more than machines for one room.

According to critics, the state creates an unregulated situation of the "Wild West", where market players do not comply with strict state regulation rules. This will also affect the work and income of state-sanctioned games, such as a lottery or small rooms with gaming devices.