33 New casinos may appear in Spain 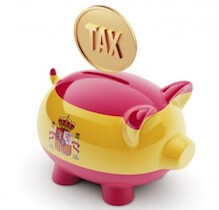 Developers of an integrated resort in Spain want to obtain licensing for the construction of 33 casinos.

Earlier this month, Californian development company Cora Alpha announced its intention to build a comprehensive resort worth $3.5 billion, known as Elysium City, in the autonomous region of Extremadura. On Monday, local media reported that the company submitted planning documents along with a required contribution of €10 million.

When Cora Alpha first announced its project, the plan called for obtaining a license from the main casino, which allowed the developer to open four gaming rooms for casinos in the resort. At that time, Cora Alpha noted that it could request permission to use up to 20 gaming halls, but apparently now decided that this was not enough for expansion and increased the number of desired gaming facilities to 33.

A spokesman for Cora Alpha said that company was not interested in creating new Las Vegas in Extremadura but was simply trying to keep the high pace of development of the company.

“Having a building permit and not using it is better than re-engaging in long bureaucratic process if we decide to make new facility,” - said a spokesman for Cora Alpha.

Cora Alpha's ambitious goals related to the construction of Elysium City could increase total spending by another $10 billion. Spanish officials are likely to be happy if it turns out that at least one of the US-supported mega-resort projects will be implemented.

The opening of the Hard Rock International project worth €2 billion in the Catalan region of Spain is scheduled for early June 2019. The first phase of construction will cost €665 million.

Suggested Reading - Sega Sammy does not focus on Osaka, but on Tokyo