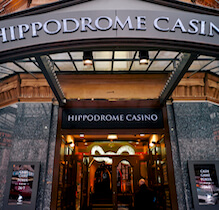 Scandinavia is the place to enjoy the unforgettable beauty of nature, which can be found only there. Each country is beautiful in its own way, but today we are talking about Norway, which will conquer you not only with stunning fjords, but also with an abundance of waterfalls, glaciers and even the polar lights. Despite the harsh climate, the country is very attractive and will sink into your soul for a long time. Well, among other things, we also learned about gambling places in Norway.

The Kingdom of Norway is located on the Scandinavian Peninsula, on its western side. In addition to the mainland, the country owns a decent number of small islands.

As the name of this state is translated from Scandinavia, it is not known exactly, but it is considered that "Norway" is "the way to the North". No less interesting is the fact that the history of the country was influenced by a very harsh nature. By the way, after the ice age there was a mild climate, and Norway was a densely populated territory.

But everything began to change when the number of people began to grow rapidly: men became bored, they were drawn to feats, they dreamed not only of fame, but of wealth. All this led to the emergence of the Vikings and the era of conquests with wars and the seizure of new lands right up to the Turkish coast.

In the XVIII-XIX centuries, Norway actually lost its independence, being influenced by its neighbors - the Danes and Swedes. And only at the dawn of the 20th century the people's will allowed to terminate the union with Sweden and again gain sovereignty. The current state system in Norway is a constitutional monarchy.

Of all of the Scandinavian countries, in Norway, the most stringent gambling legislation. The official permission for the right to conduct such activities was received by only two companies - Norsk Rikstoto and Norsk Tipping. Their main line of business is not the casino, but the organization of horse races, keno draws and bets on sports events. Control over their work is carried out by the Ministry of Culture of Norway, which, in fact, "commands the parade", establishing certain rules. Players who are over 18 years old can take part in gambling.

The rapid growth in the popularity of slot machines among Norwegians came in the period of 2001-2004. However, in 2007 the government intervened in the situation and began to tightly control their number, while significantly reducing the already available number of slots. Anyway,Norwegians could visit online casinos and play gambling games over the internet. But, in 2010, all foreign resources were prohibited and could no longer officially operate in Norway. And even if the players managed to find a way out and get on the website of the online casino, banks blocked the cards of Norwegians for operations related to gambling.

Nobody forbids you to play a poker with your friends at home, but if the police deem this entertainment as a business, you can be prosecuted. Not surprisingly, the news abounds in information about constant round-ups and the closure of another illegal gambling establishment. Therefore, most Norwegians have to go outside the country to enjoy a visit to the casino.

Casino in Norway has never existed before and in the near future the situation is unlikely to change. Therefore, if you, going to this Scandinavian country, you won't be able to test your luck in a gambling establishment. You will be able to plunge into the world of gambling excitement only by visiting the special points where the slot machines from the operator Norsk Tipping legally function.

The fact that the ancient Vikings were kinda gambling people undeniable and even documented, including in numerous sagas. During the rest, they often indulged in playing dice. There is a legend, thats victory in the dice game gave Norway the rights to have Hisingen Island, which previously belonged to Sweden. This was agreed by the kings of the two countries in 1020.

As stated in the saga, the first move belonged to the King of Sweden, and he managed to immediately get two sixes. Convinced of his victory, he recommended that Norwegian colleague Olaf not even try to throw dice. Nevertheless, he made his throw and showed a similar result. The second attempt brought the Swedish monarch again a double of sixes, but when his opponent threw the dice, it turned out that he had 13 points from two dice! The fact is that one of them split into two parts and thus brought an incredible victory to the Norwegian king. That's how the island of Hisingen was won by the Vikings.

For a long time in Norway gambling was illegal, absolutely any type of gambling. And only at the beginning of the last century there was a law that allowed the work of bookmakers. So for the first time officially gambling was officially legalized. Closer to the middle of the century, the first state company was born, which began to professionally engage in the conduct of lotteries. It was called Norsk Tipping. And only after almost 40 years in Norway began to operate another company - Norsk Rikstoto, specializing exclusively in the horse races.

1992 was a landmark for Norsk Tipping. During 1992 Norway adopted a law on games, which allowed the company to become a monopolist in organizing all kinds of gambling in the country. In addition, its specialists provide an opportunity to play also through a mobile devices and over the Internet. To start the game, you need to be a registered user and get a Playcard card.