Top Christmas Slots to Play During Christmas Holidays of 2020-2021 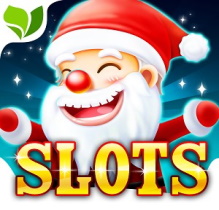 The long-awaited Christmas season is all about gifts and relaxation, and therefore developers of online gambling entertainment cannot ignore this topic. The creators of video slots, as they can, tune users to a festive mood long before the New Year. The first slot machines with Santa, deer and elves appear annually in October-November, and by mid-December, gambling sites are full of Christmas slots, like a Christmas tree with decorations. To make it easier for players to navigate in the variety of seasonal choices, we have compiled the Top Christmas Slots to Play During Christmas Holidays of 2020-2021.

The developers from Pragmatic Play cheated a little when they chose the Irish leprechaun as the main character for the Xmas slot. In fact, the creators of the game made a continuation of the story of the mythical gnome, which they presented to users a few months before. The rework of the slot machine, apparently, took place in a hurry, so some of the details look rather strange. For example, a rainbow against the background of a winter landscape, which decorates the playing field and is used as a Wild symbol, or mushrooms in a snow-covered meadow, with the help of which the multiplier value is determined during a series of free spins.

Nevertheless, Leprechaun Carol slot machine is able to set gamblers in a Christmas mood, thanks to a large number of pleasant surprises. As many as four types of bonuses are activated randomly in the standard game mode.

Unlike the unremarkable twin elves in NetEnt's Jingle Spin, Santa's main assistants in Selfie Elfie have an expressive appearance and memorable character. The game features a brutal character with stubble and a black eye patch and a charming elf girl, but the whole plot revolves around a young narcissistic elf who does not get tired of taking selfies and joint photos with the rest of the characters. His portrait is used as a Wild, and during the random Selfie Elfie Respins bonus function, the protagonist is photographed with Santa, his wife, deer or other elves, thereby increasing the number of wild symbols on the reels.

The slot machine provides a series of free spins of 8 free spins when three Scatters with the slot logo appear on the reels. In this mode, the young elf continues to take selfies, replacing individual icons with Wilds.

There are no inconsistencies with the Christmas theme in the Jingle Spin slot machine, but an experienced gambler, having launched this slot, will definitely remember another project from NetEnt - EggOMatic. The new game completely repeats the mechanics of the slot machine of 2013, and nevertheless deserves the closest attention of users when choosing online entertainment for the New Year of 2021.

A cheerful Santa Claus wearing aviator glasses is responsible for starting the reels in Jingle Spin. With a special lever, he activates five reels in the central part of the screen and the Wheel of Fortune behind his back. Additional bonuses in the form of Christmas decorations drop out on the wheel, which are sent to Santa's assistants - elves sitting over the reels of the video slot. From time to time, the elves release valuable symbols from their hands, increasing the size of the win. The same decorations launch a series of free spins, the number of which can reach up to 50 free spins!

In the standard mode, Santa throws pleasant surprises for the player in the form of additional wins and Wilds. Also, the Fat Santa video slot has a Buy-A-Bonus function, which allows you to switch to a bonus at any time for a fee 80 times higher than the current bet rate. This is what became a distinctive feature of the mechanics of the Christmas slot from the previously released Fat Rabbit game, which won the hearts of many fans of gambling back in 2018.

Many developers have taken care of the release of Christmas-themed video slots in advance on the eve of 2021, so gamblers will probably have no problems choosing online entertainment during the holiday season. For those who will not find anything suitable for themselves among the fresh releases, a collection of New Year's slot machines from different years is always available on bgaoc, which includes hits from the best world-famous studios.