RNG vs PRNG: What’s The Difference? 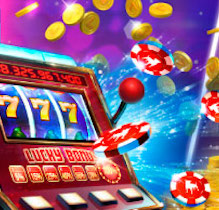 The random number generator (RNG) is an integral part of any online slot machine. It’s the RNG that determines what symbols will appear on the reels in the next spin and whether a gambler wins or loses.

The outcome of each spin is 100% unpredictable. However, it doesn’t mean that the combinations of symbols come of out nowhere. They are created by the random number generator (RNG) or the pseudo random number generator (PRNG). While a common gambler won’t spot the difference between the two, RNG and PRNG are not one and the same thing. Let’s draw a line of distinction between the two devices once and for all!

Many online slots are running on PRNG, which stands for “pseudo random number generator”. This device uses a sophisticated system for selecting numbers from a pre-set range. Although these numbers are generated following a certain algorithm, predicting the result of a spin is almost impossible. Why “almost”? Because there is always a slight possibility that a gambler may identify a pattern.

The possibility of that happening is very small, though. Back in the day, there were cases when gamblers succeeded in detecting patterns in pseudo random number generation. As a result, they learnt to predict whether the next winning spin would be a winning or losing one.  Modern slot machines are using improved algorithms without the vulnerabilities that the older versions had. That reduces your chances of identifying a pattern to zero.

Summing it up, PRNG is a software that creates arrays of pseudo random numbers. PRNG can be easily incorporated into any slot and requires no maintenance.

Random number generator is a more complex device compared to PRNG. The fundamental difference between the two is that RNG produces numbers that are totally random. This means there is not the slightest chance of predicting what the next sequence of numbers will be.

Along with the software, RNG incorporates a special device, with a physical process occurring inside of it.  Random numbers are generated based on the measurable parameters of this process.

An example of such physical process is a thermal noise which is measured by a device called comparator. In this case, numbers are generated based on random bit sequences.

RNGs are rarely used in online slots. RNGs are sophisticated and costly devices that require continuous maintenance. Also, RNGs tend to operate slowly, which makes them unfit for processing a big number of simultaneous requests.

At the same time, RNGs are quite common in land-based slot machines.

How To Predict Winning Combinations

Unfortunately for gamblers, there is no way of knowing when the next winning combo is coming up on the slot screen. Theoretically, there is a tiny possibility that a gambler may find a miraculous way to crack the algorithm. But again, this a very unlikely scenario.

As for common gamblers, the tip we’d like to give them is this. Forget about RNGs, PRNGs, and other technologies and just enjoy gambling!