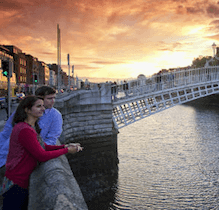 Illegal gambling machines brought Ireland an extra €1.1 million to the states treasury. The nationwide program to curb illegal gambling allowed to significantly replenish the country's budget. In the near future in Ireland should be an autonomous body regulating the profile market.

The nationwide project is aimed at identifying violations of the rules of gambling operators, as well as checking the compliance of gaming machine operators with the current regulations. Since the beginning of the implementation of the program, 300 monitoring activities have been conducted to ensure compliance with standards.

The implementation of the program contributed to the increase in the number of licenses for the operation of slots. From 2016 to 2017, the number of permits increased by more than a third — up to 9612 units. Tax deductions from licensed gaming machines in 2017 increased by €0.9 million to €2.7 million.

The Irish government tax agency stressed that they are trying to completely eradicate violations in the field of slot machines and entertainment sector in general. Details of the program and ways to eliminate violations were not disclosed, according to local privacy policy. In addition, the country wants to prohibit betting on a draw.